With a background as e.g. museum curator I have been working with restorations and maintanence och keyboard instruments from the 16th and 17th century. Both originals from the time and modern copies. I use working methods and materials that was common when the instruments were made e.g. feather from raven for plectrum or hot animal glue for repairs.

I come from Gothenburg on the west coast of Sweden and studied harpsichord playing at the Royal College of Music in Stockholm. My teachers, amongst others, were Eva Nordenfelt and Mayumi Kamata. I continued my studies with an education in piano tuning.

Between autumn 2009 and spring 2015 did I work as Curator of keyboard- and mechanical instruments at Swedish Museum of Performing Arts. (former Music Museum, Stockholm)

From Summer 2015 I am back on full time in my own company. 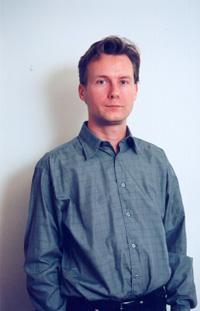 (more information under “In the workshop” on top of the page)


I also work as a freelance harpsichordist and singer in for example:
Ensemble Villancico – Baroque and renaissance music from Latin America.